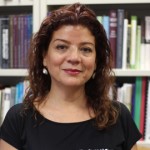 I am Gloria Lopez-Henriquez, a clinician with over 20 years of experience working primarily with families and couples of all races, ethnicities, nationalities, sexual orientations, and religious affiliations. If you are interested in my professional background, you will find a description of my education, clinical experience, and accomplishments on my CV. However, I believe that a crucial aspect of professional development is missing in such document: that is, the fact that I have unfolded, and continue to do so, as a mental health provider while adapting to a new geographic, cultural, political, and social context.

I came to this country from Colombia in my early twenties, with a clear identity of who I was ethnically and racially, as well as where I was located geopolitically. During the 1990s, when the impetus for the “cultural competency” movement was spreading into academia across the nation, I attended graduate school in counseling and later in social work. Paradoxically, as a recent immigrant being socialized in my future role as a mental health professional, I embodied the target groups for multicultural counseling: I was part of an immigrant population with limited English proficiency and assumed to have limited exposure to western cultural norms. The cultural competency information that I received as part of my professional training, which focused almost exclusively on “culture” as an autonomous system, had the unintentional effect of becoming the way I conceptualized my own process of adaptation to U.S. society. This perspective was for many years my lifeline by providing the language to verbally express what I felt so viscerally.

As time passed, however, what had served me so well initially became restrictive. My own experience, and what I was witnessing in my clinical practice from families with a recent, and not so recent, immigration background, brought me to the understanding that adaptation to a new culture is a complex, multidimensional, and never-ending process with multiple and distinct pathways and outcomes. My early essentialist, static, bounded understanding of culture and acculturation no longer helped me either to make sense of the ethno-racial structure of this country, or to understand the re-construction of new ethnic and racial identities in the families with whom I was working, and in my own self.

For the evolution and re-construction of evolving identities, I needed a new paradigm. From that point on, I have been struggling to make sense of the Latina ascribed status as “the ethnically and racially other,” and in the middle of such a struggle, I am permanently negotiating a sense of belonging. I no longer see myself exclusively as the embodiment of a targeted racial group. Racially and ethnically, I am located marginally, but as an educated, middle-class, lighter-skinned, heterosexual, married woman, I have much privilege.

This ongoing process of identities construction has become part of my self-of-the-therapist work, and as such, I bring this understanding to my clinical practice, and indeed to this multimedia project.